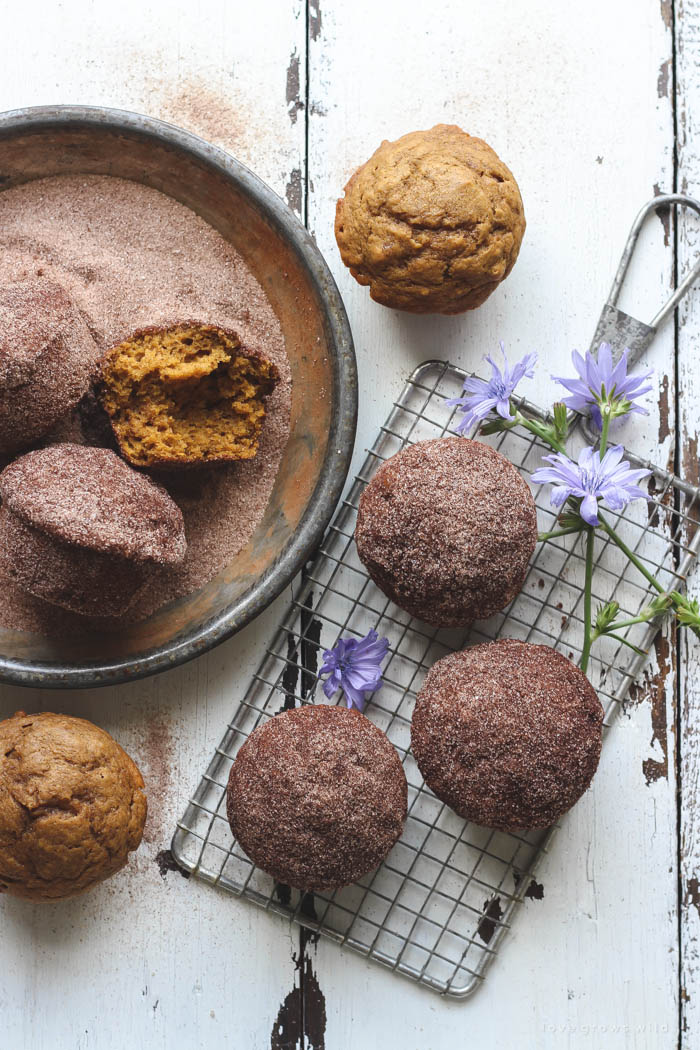 After last week’s salted caramel apple crisp recipe, all I can think about is dessert. If it has pumpkin, cinnamon, caramel, or apple in the name, I’m ALL about it right now. Maybe it’s the leaves starting to fall from the trees… maybe it’s the tractors in the fields all around us… or maybe it’s waking up to open windows on a chilly morning… either way, I’m feeling all the fall feelings and loving it.

I baked some pumpkin muffins last weekend before the boys had their football games, and they INHALED them. One minute there was a pile of muffins on the plate, and the next minute there were only crumbs and two grinning boys with sugar-covered faces. I took that as a good sign.

These muffins are tender and fluffy with just the right amount of pumpkin and warm cinnamon. They bake up nice and big and then get a crunchy cinnamon sugar coating that takes them from seriously delicious to insanely addicting. You NEED these muffins in your life this fall!

The recipe is pretty simple and straightforward, but I will say that these are best eaten right after baking while the inside is still a little warm and the sugar is still nice and crunchy on the outside. I hope you enjoy them as much as we do! 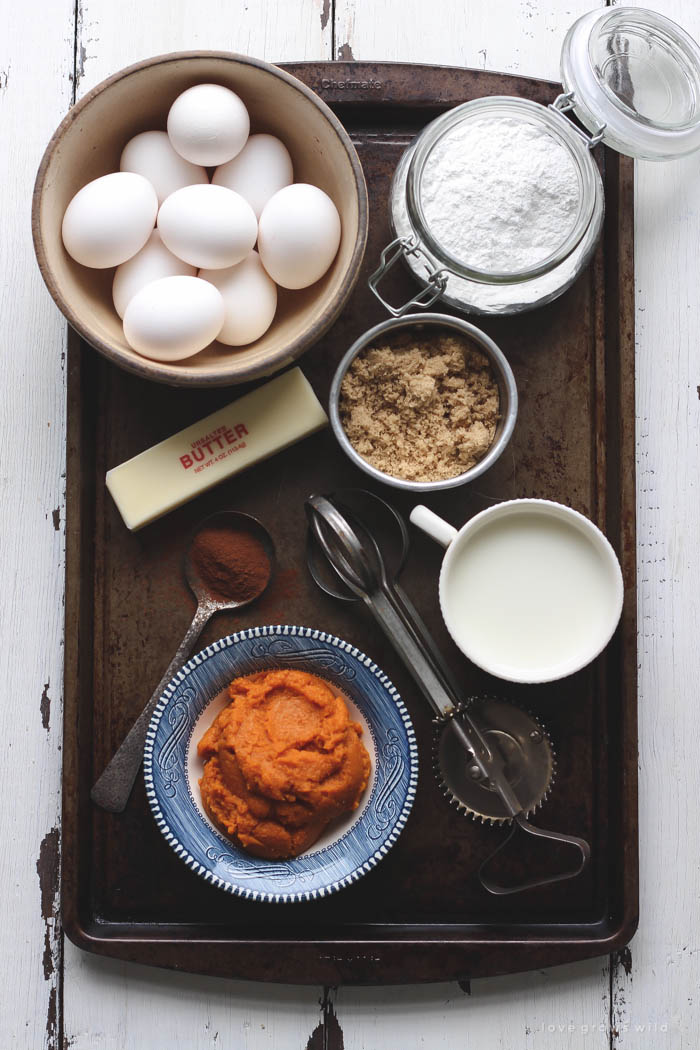 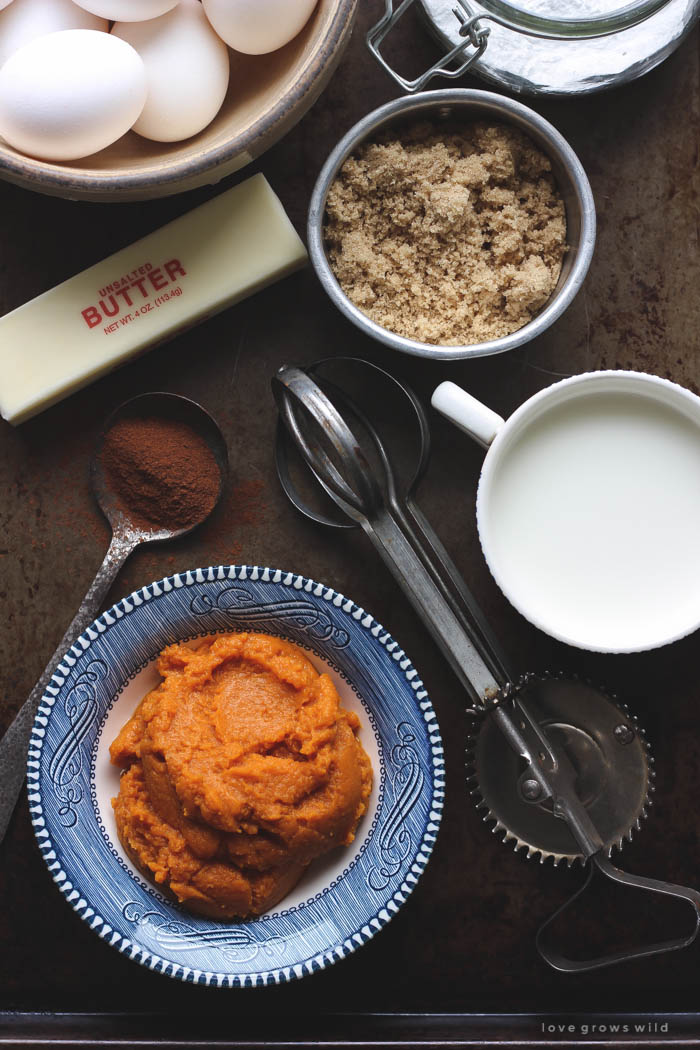 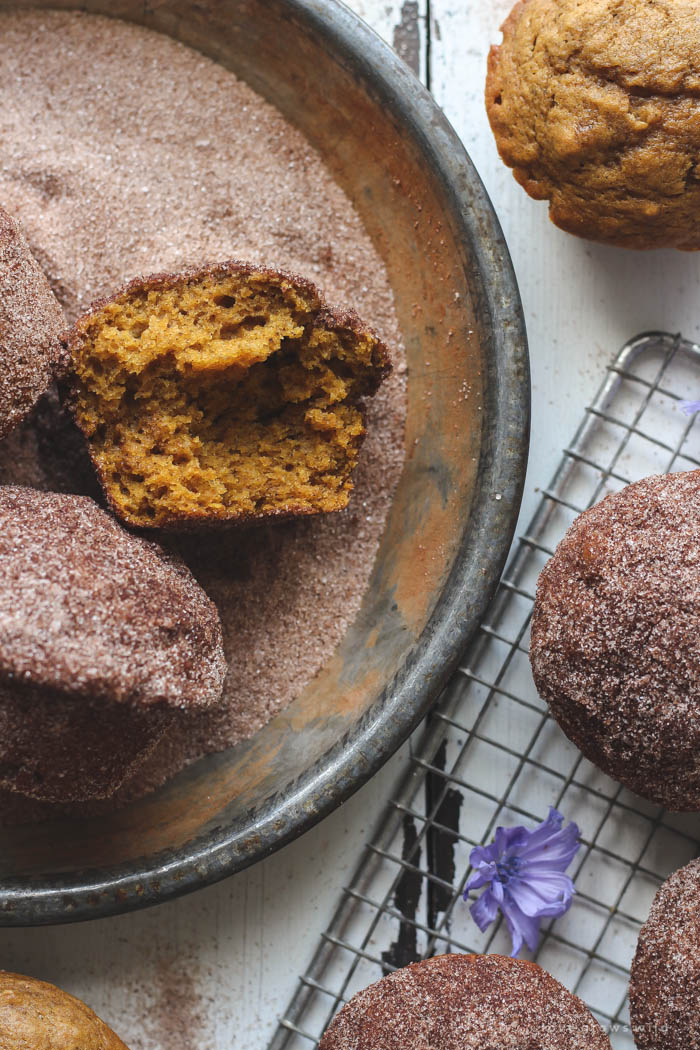 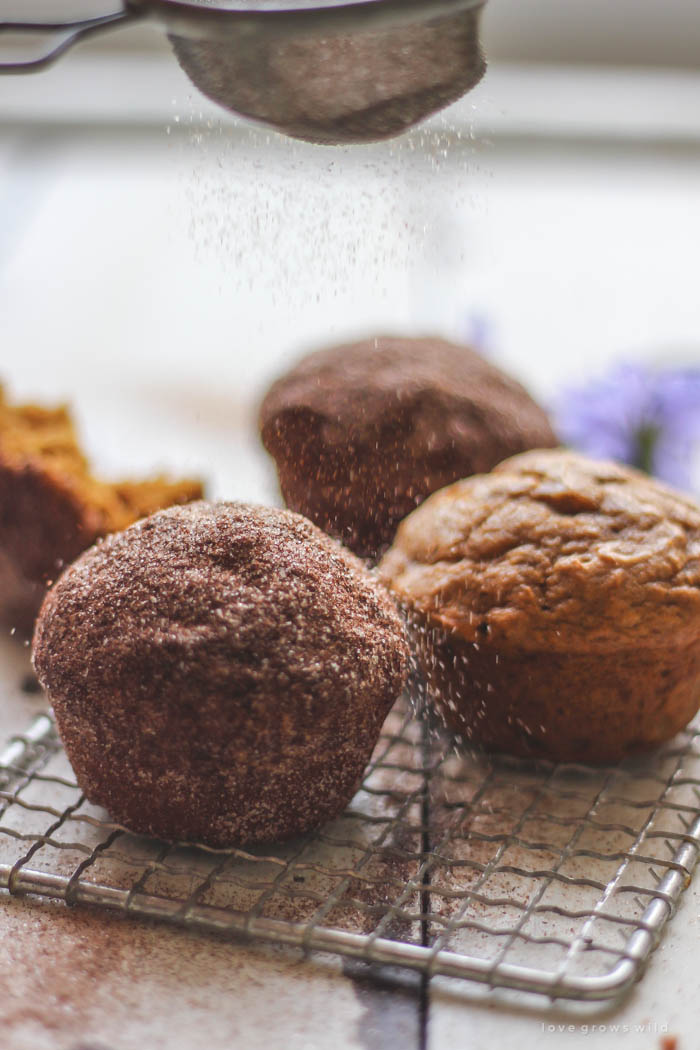 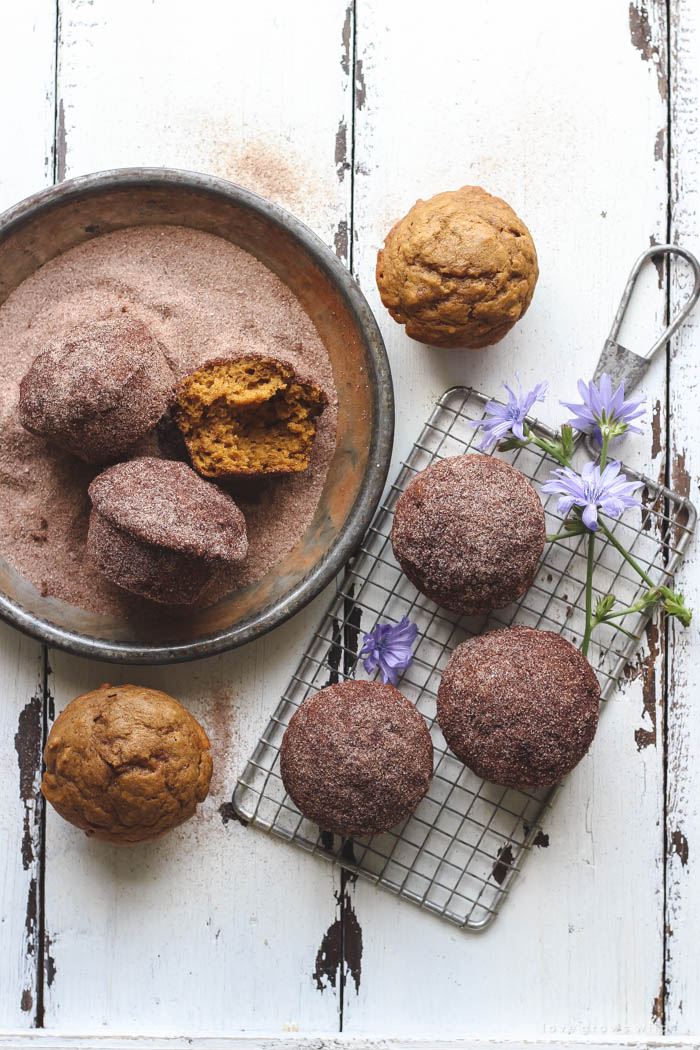 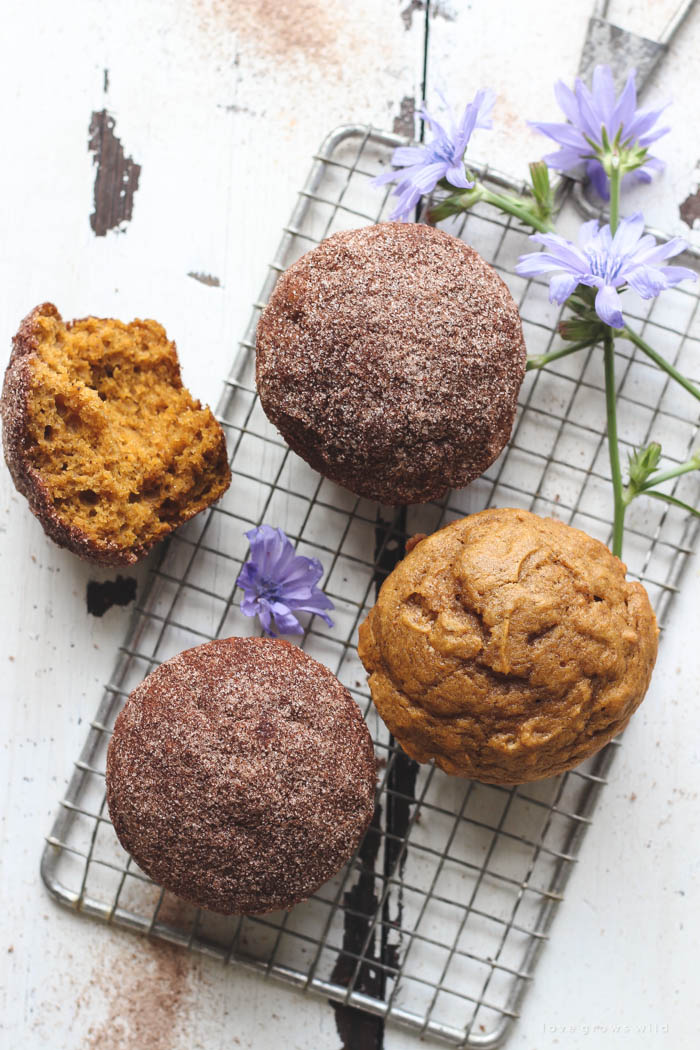 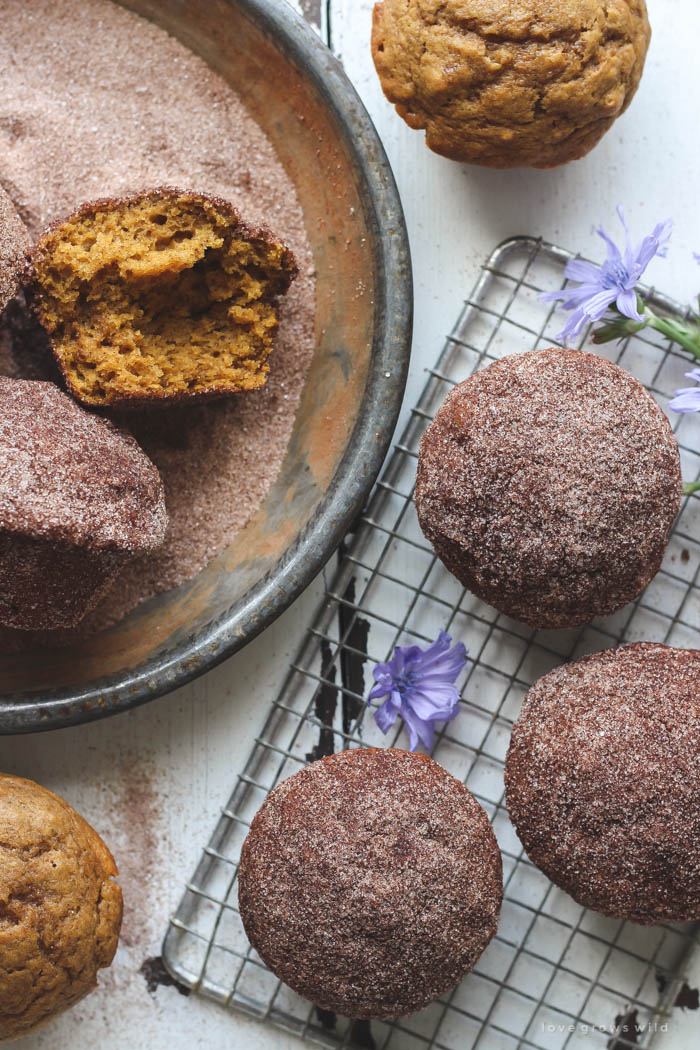 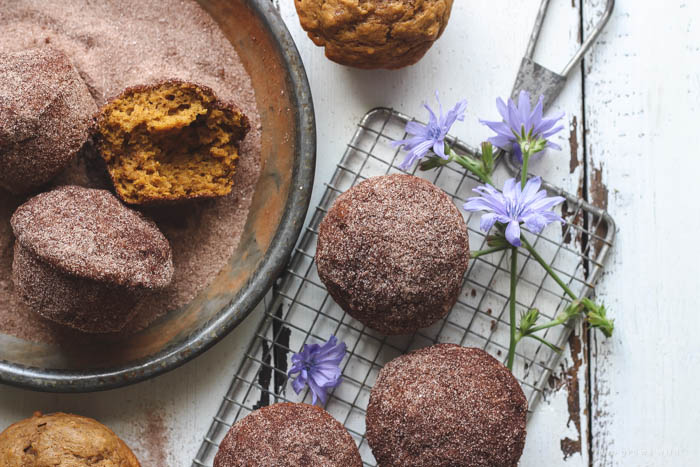 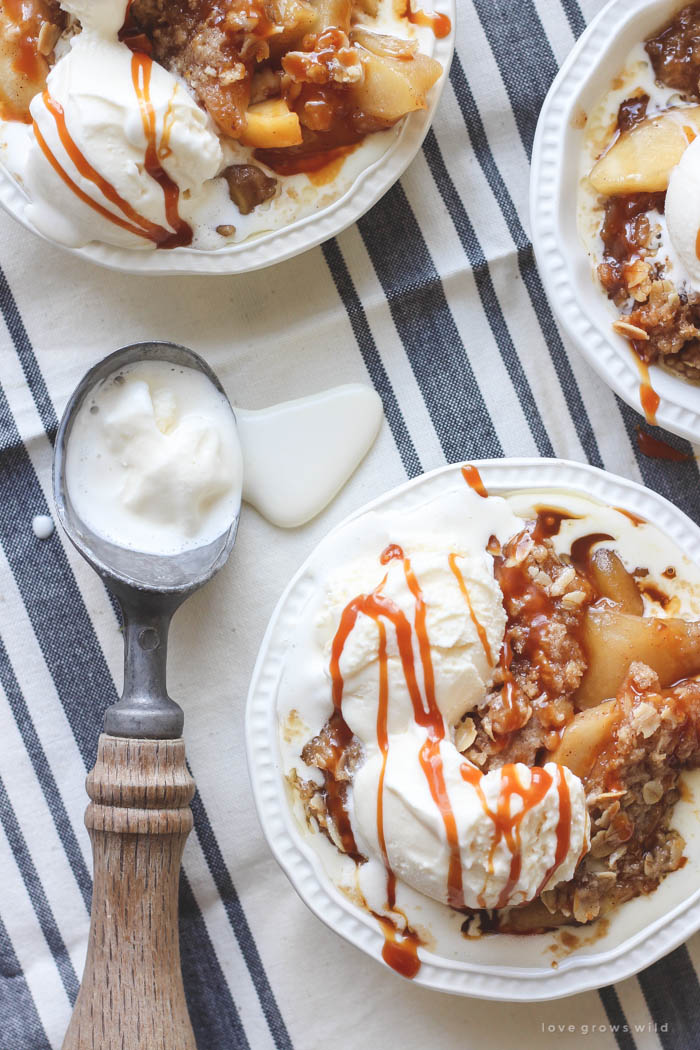 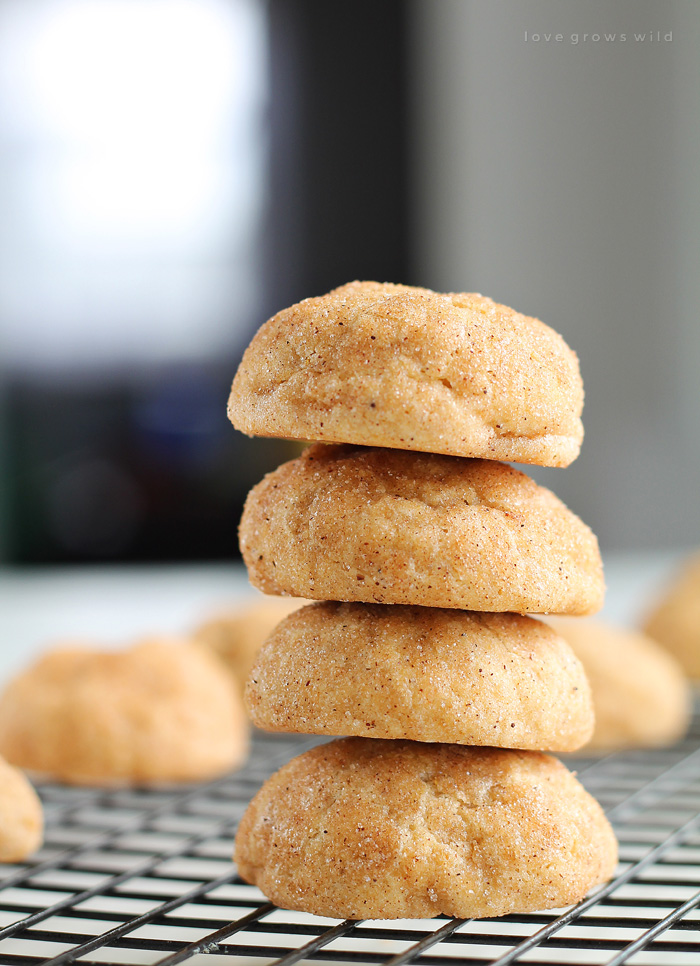 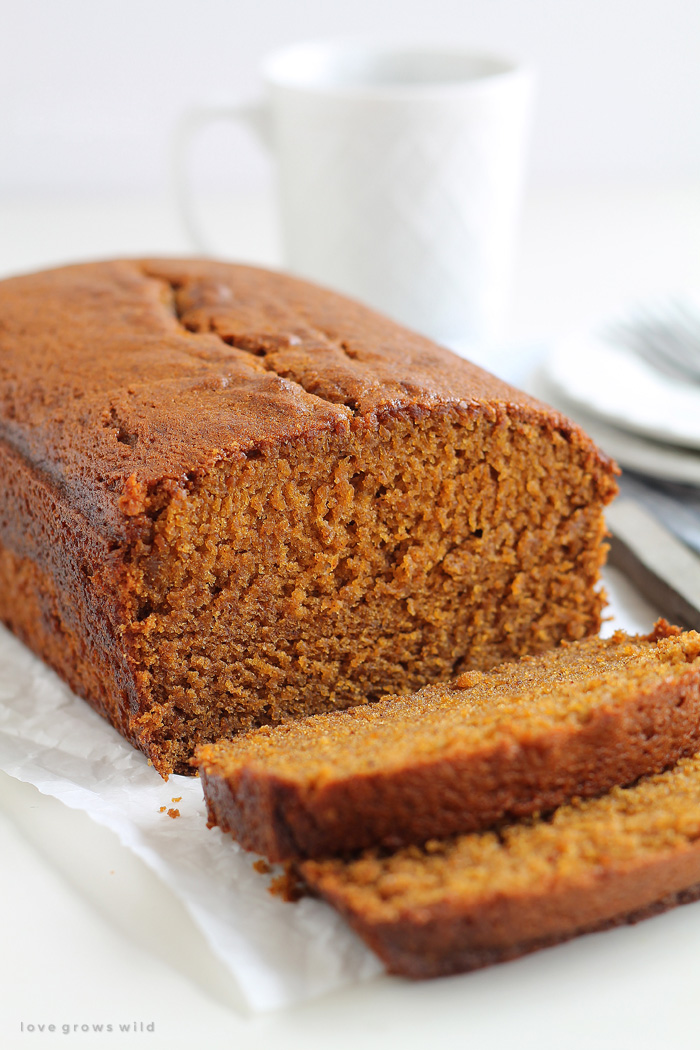 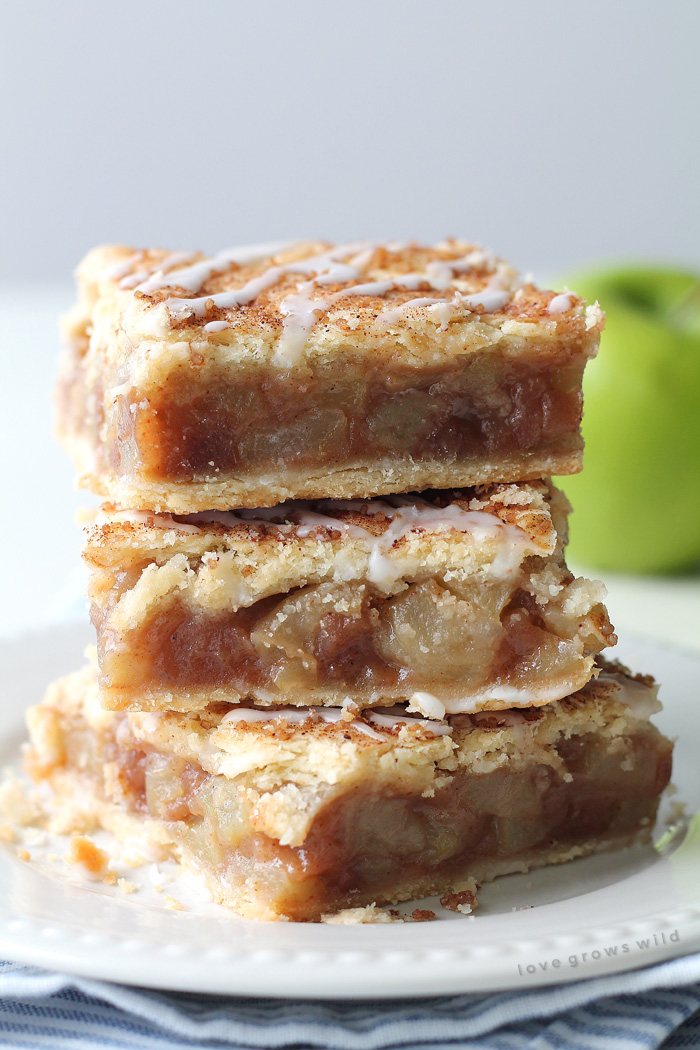 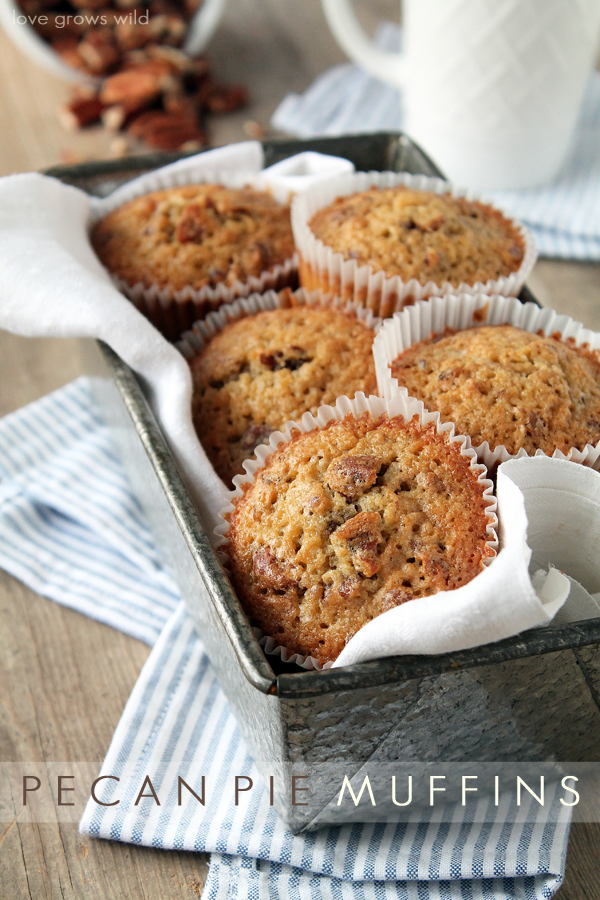 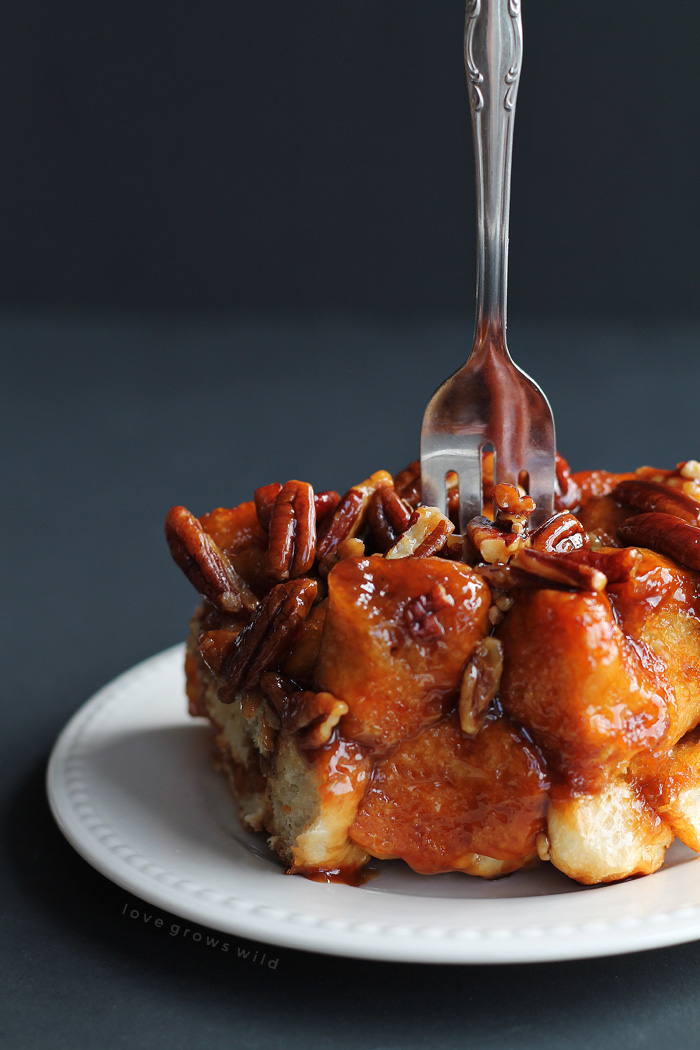 Welcome, friend. My name is Liz, and I started Love Grows Wild in 2012 with a passion for interior design & homemaking and a dream to help others create a home they love.
Here you’ll find decorating tips, project tutorials, holiday & entertaining ideas, home & fashion finds I'm obsessed with, and my journey renovating a 1940’s farmhouse that I live in with my two boys & two dogs.
Read more about Liz >>

Sign up to receive the newest blog posts, exclusive content, behind the scenes stories, members only discounts, personal letters from me & more in our weekly newsletter.

You have Successfully Subscribed!