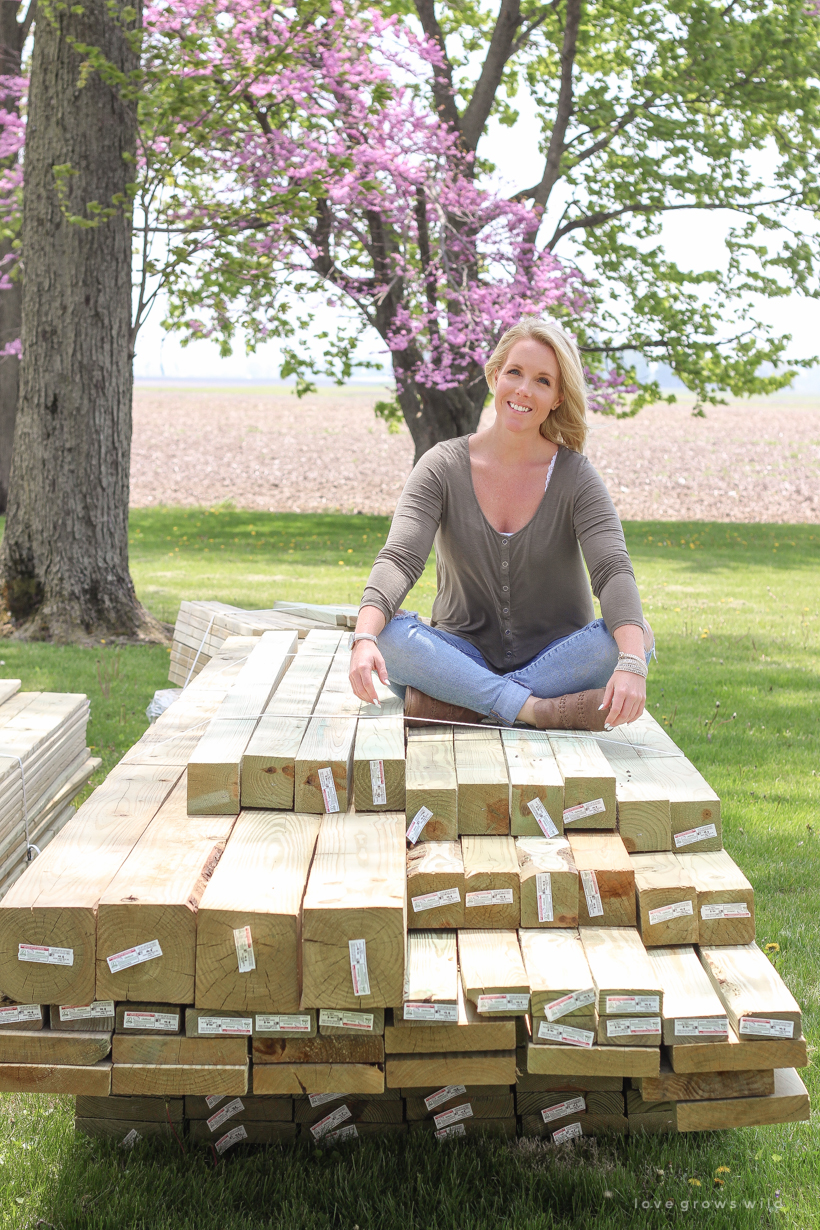 If you follow me on Instagram, you already know all about this big project that’s been happening at the farmhouse! I’ve been saving and planning for years to create a more functional and inviting outdoor living space in the backyard, and from the moment I moved in here, I always pictured walking out the back door to a big, beautiful deck. For the last seven years, all I’ve had to work with is a tiny pad of concrete next to the garage, and I made the best of it, building a cute potting bench and adding some cozy furniture and plenty of potted plants and flowers. But it still was just a tiny piece of concrete attached to the garage with no shelter from rain or sun.

Last fall I made a ton of progress outside, painting the entire exterior and installing all new landscaping around the front of the house. I knew those things needed to be done before adding anything else, and when spring rolled around this year, I couldn’t wait to get ahold of my contractor (the same one who did our kitchen renovation) and start making plans to build a deck.

Everything moved really quickly because I happened to catch him right in between a couple big jobs, and luckily the weather cooperated just long enough that we could get the deck started almost immediately! Lumber was delivered, post holes were dug, and we are well on our way to having a deck!

I have never lived in a home with a deck, let alone build one, so I wanted to really research all my options before committing to anything. The first big decision I had to make was what kind of material to use for the deck. Composite decking is a popular choice, and I love the look of it. There are so many color options, and it is a very low maintenance material. But for the size deck I wanted, it would be well above what I wanted to spend, and after weighing the pros and cons of both, I decided to go with pressure treated lumber. It will require some maintenance, and I will have to stain it next year after the wood has had a chance to weather and remove some of the moisture. But so far I’m very happy with this decision and not having to sacrifice the size of deck I wanted to go with a more expensive material.

My one big requirement for this project was having some kind of covered structure over part of the deck. I wanted a space that would be in the shade when the summer heat hits and would also be sheltered from rain so furniture cushions wouldn’t get soaked and have to dry out before using again. We played around with several different options, and the most cost effective way to avoid tying into the roof was to build a gazebo on one corner of the deck that would be freestanding from the house, but built into the deck. Having this covered structure will also give me the opportunity to install a light or a ceiling fan, so I’ve been doing a lot of research on that as well. As much as I would love a big, pretty chandelier out here, it makes more sense to prioritize function over fashion and install a ceiling fan.

The photo below I took on day 1 of construction when they brought out a jackhammer to remove the concrete step coming off the back door and the sidewalk going across the back of the house. One important thing to note about doing a renovation of ANY kind is that you should always plan for problems and other expenses to come up as you go along. Building this deck has already led to having to pour a new concrete walkway (that will happen after the deck is finished), relocating the satellite dish, needing to replace the gutters on the back of the house, and relocating where the laundry sits in the basement because the dryer vent was in the way of the deck. All of those were unexpected expenses (except for the condition of the gutters), but if I’m going to spend the money to have a nice deck like this finally, I want it to be done correctly and safely. It’s just important to know that these kind of expenses will most likely come up and to plan the budget accordingly!

The deck will start on the back right corner of the house, come out 16 feet, and end just outside of the bay window in our kitchen, where the satellite dish is sitting in this photo. We will have one set of stairs on both sides of the deck, and the gazebo will cover the entire right side of the deck, from the corner of the house up to the back door. The finished dimensions will be 28′ x 16′, and the roof of the gazebo will have the same black metal roofing as the rest of the house. 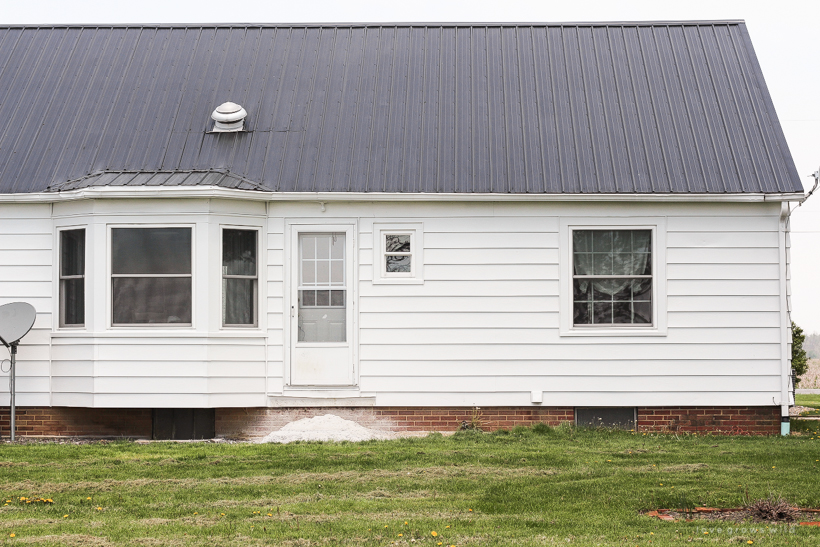 I was so lucky to get on my contractor’s schedule when I did and will be able to enjoy the deck all summer long. I cannot wait to get patio furniture set up, do some landscaping, and that little white barn in the background below is going to get a fresh coat of paint and a makeover too! Stay tuned for the big reveal, friends… I wish I could have you all over to sit out here with me and have a cup of coffee! It’s so, so pretty at sunrise.

I’m sharing a ton of day-by-day updates on Instagram stories, so make sure you’re following me to see the progress as it happens! 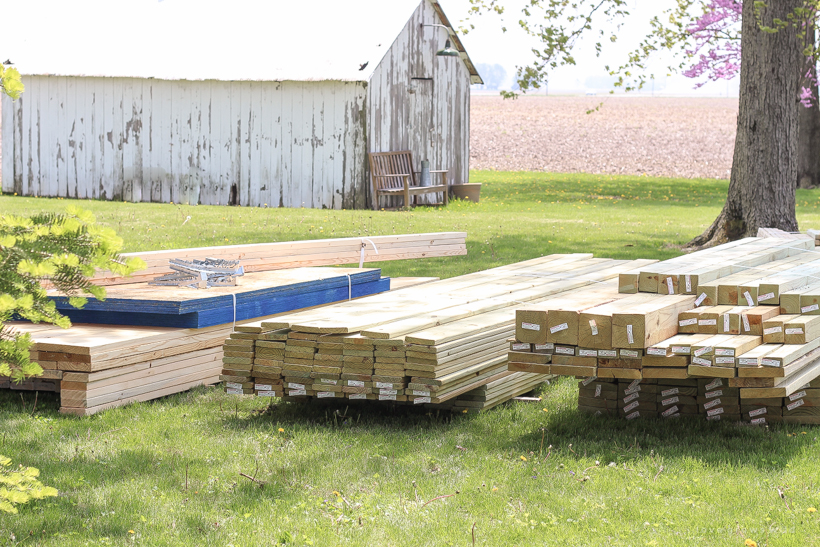